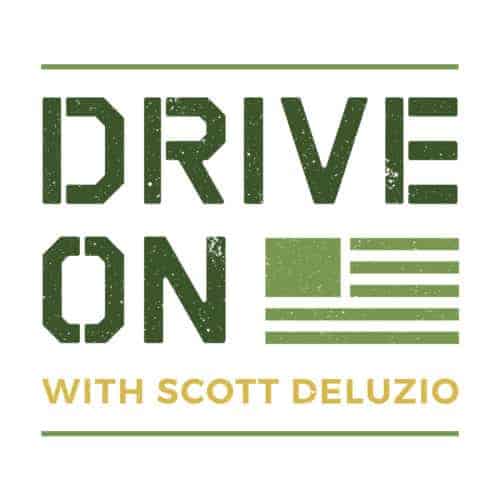 Drive On Podcast
Help Others By Helping Yourself

Think back to basic training when you learned combat lifesaving skills. Or maybe you learned this later on in your military career. I don’t know when everyone is first introduced to it, or even if all MOS’s are taught these skills. As an infantryman I know we had our first exposure to this medical training in basic training. We learned basic medical skills like how to use a tourniquet to stop bleeding, CPR, and other lifesaving skills that you might need on the battlefield.

When we deployed to Afghanistan each soldier was issued their own first aid kit with bandages, tourniquets, nasopharyngeal airway tubes, and other stuff like that. This essentially guaranteed that no soldier would have to wait for a medic to arrive in order for treatment to begin. Your buddy next to you could start treatment right away, because they had the same training you did.

We had the training and the equipment to treat some of the more common injuries a soldier would face on the battlefield. Anything from collapsed lungs, severed limbs, or severed arteries could be treated relatively quickly. I don’t have the statistics on this, but these basic medical steps I’m sure have saved numerous soldiers lives.

So we had the training and equipment to deal with these injuries. But from day 1 of this training, we are taught that security comes first. Think about it, if a soldier is shot out in the open, do you really want to run out and drag him back to safety? Well, of course you want to get your buddy out of harm’s way, but it’ll be a death sentence for you if you do without securing the area first.

You’re not going to be able to outrun the bullet that the sniper who just shot your buddy is going to be shooting in your direction.

So, security has to be a priority. Lay down some fire in the direction of the threat, call in air strikes, or if they’re close enough toss a grenade in their direction. Meanwhile, your friend is still laying there bleeding. It isn’t an easy thing to do. But you have to secure the area first. You have to do it quickly though, because your buddy doesn’t have all day to lay there with a gunshot wound, or whatever other injury they might have.

Gosh, this sounds cold doesn’t it? Just leave your buddy lying there while you worry about protecting yourself.

It’s not the only time we do things like this though.

Think about the last time you were on an airplane. Before takeoff, the flight attendant tells you that in the event of a drop in cabin pressure, oxygen masks will be deployed from the ceiling. They tell you to put your mask on first before helping others. Why?

When the cabin pressure drops suddenly, without a stable source of oxygen you’ll probably pass out pretty quickly. Let’s say you’re helping a child who is scared and starts to fight you putting on their mask. You struggle for a bit, and then boom, you pass out.

Now, not only don’t you have your oxygen mask on, the child doesn’t either. And forget about it if you’re traveling with more than one kid.

So they tell you to put your mask on first. That way you know you’re safe and can then help the child. Even if they do happen to pass out because their mask wasn’t put on quickly enough you’re still conscious enough to help them.

In other words, if you don’t help yourself first, you’ll become useless to the child.

In combat you’re not going to be much help to your injured buddy until all of the threats have been eliminated. So you help yourself first by eliminating that threat, but it also helps your buddy because you’re still around to help them once that threat is gone.

It doesn’t sound so cold anymore once you think about it this way.

We’re asked to help people all the time, aren’t we?

This is especially true around Christmas time - there are always people collecting money for one cause or another. The Salvation Army outside of grocery stores with their bells and red buckets. We might get asked by a neighbor to help with something around the house or the neighborhood. Maybe our boss asks us to come in on our day off over and over again.

By themselves, helping in any of these situations isn’t a bad thing. Donating time or money to worthy causes is always a good thing. Helping out a neighbor is never a bad thing. Working a little extra to show your boss that you’re committed to the company may even help you get promoted faster, or get you a raise in addition to the overtime pay you might be getting.

Just like helping your buddy on the battlefield, or a kid on the airplane aren’t bad things by themselves.

For example, sure you could drop a few bucks in the Salvation Army bucket at Christmastime. Usually, it’s not a big deal financially. But what if you’re struggling to pay bills. Maybe someone in your family had an accident and medical bills are piling up. Now those few bucks are not really doing as much good in the Salvation Army bucket as they would be going towards your family’s medical bills. You might think it’s just a few dollars, which won’t pay the medical bills anyway, so you might as well help. But paying off those bills makes sure you and your family stays out of debt. Out of collections. And it makes sure that you have more money next year or the year after. So in this case, take care of you first. Help pay those medical bills before you drop money in the bucket. Now, I don’t mean buy yourself a new iPhone or whatever first. I’m talking about taking care of your needs first.

Maybe a neighbor is asking you to come over on the weekend to help fix a leaky sink or something. Some home repair project. If you have the ability to help out in that way, great go for it. Like donating money to that charity it isn’t a bad thing to help out here. But make sure that you don’t have your own home repairs that you’ll be neglecting in the meantime. Think about getting a call from your wife when you’re over fixing your neighbor’s leaky sink and having your wife tell you that the sink you were supposed to fix in your own house has now started to flood the kitchen.

What about your boss asking you to come into work on your day off? If you have nothing going on that day, maybe it won’t hurt to come in and get a few hours of overtime. It buys you some goodwill with the boss. If you help them out now, they’ll be more inclined to help you out when you need a day off down the road. But what if you already promised your kids you’d spend the day with them? You sort of have to weigh the goodwill you’ll gain with your boss with the opportunity to build a relationship with your kids. Or maybe you haven’t had a day off in months. You feel yourself starting to burn out. You know you need to take that day off. If you don’t, eventually you’ll get sloppy at work. Maybe that results in an injury, or poor performance. It could get yourself or someone else hurt. It could cause you to lose your job because you aren’t performing up to par. Again, you have to help yourself before you can help anyone else.

None of these scenarios are cut and dry unfortunately. There may be circumstances where you come out from behind cover to help your buddy on the battlefield. Maybe a friend is in a desperate financial situation, and while you might be a little tight on cash at the moment you can still afford to help out with a little money.

When my wife and I had our kids, we used to sleep in shifts. If the baby woke up during the first half of the night, it would be my wife’s job to get up and feed or change the baby. During the second half, it would be my job. If either one of us stayed up all night with the baby we wouldn’t be much use to the baby during the day, or the next night. Or any day or night afterwards if that trend continued. It was important to us that we helped ourselves as much as we helped our child. Put it another way, we had to help ourselves so that we could help our children.

It’s important to remember that we need to have the ability to help ourselves before we can help anyone else. If we can help with the resources available to us, in the situation that has been presented to us, in most cases we should help. If we need to take care of our own situation first before we can be in a position to help others, we should help others by helping ourselves first.