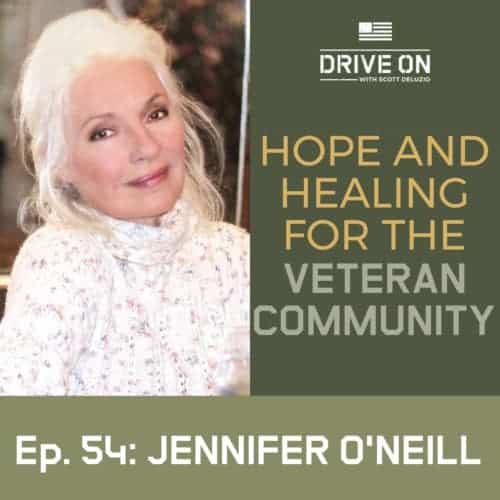 Drive On Podcast
Hope And Healing For The Veteran Community

My guest in this episode is Jennifer O'Neill. You might recognize Jennifer from movies like Summer of '42, Rio Lobo and dozens of others. Currently, Jennifer runs Hope & Healing at Hillenglade ranch, which provides veterans with PTSD an equestrian form of therapy. In the episode, we talk about her ranch, what they do there, and how horse therapy works for those with PTSD and other disorders.