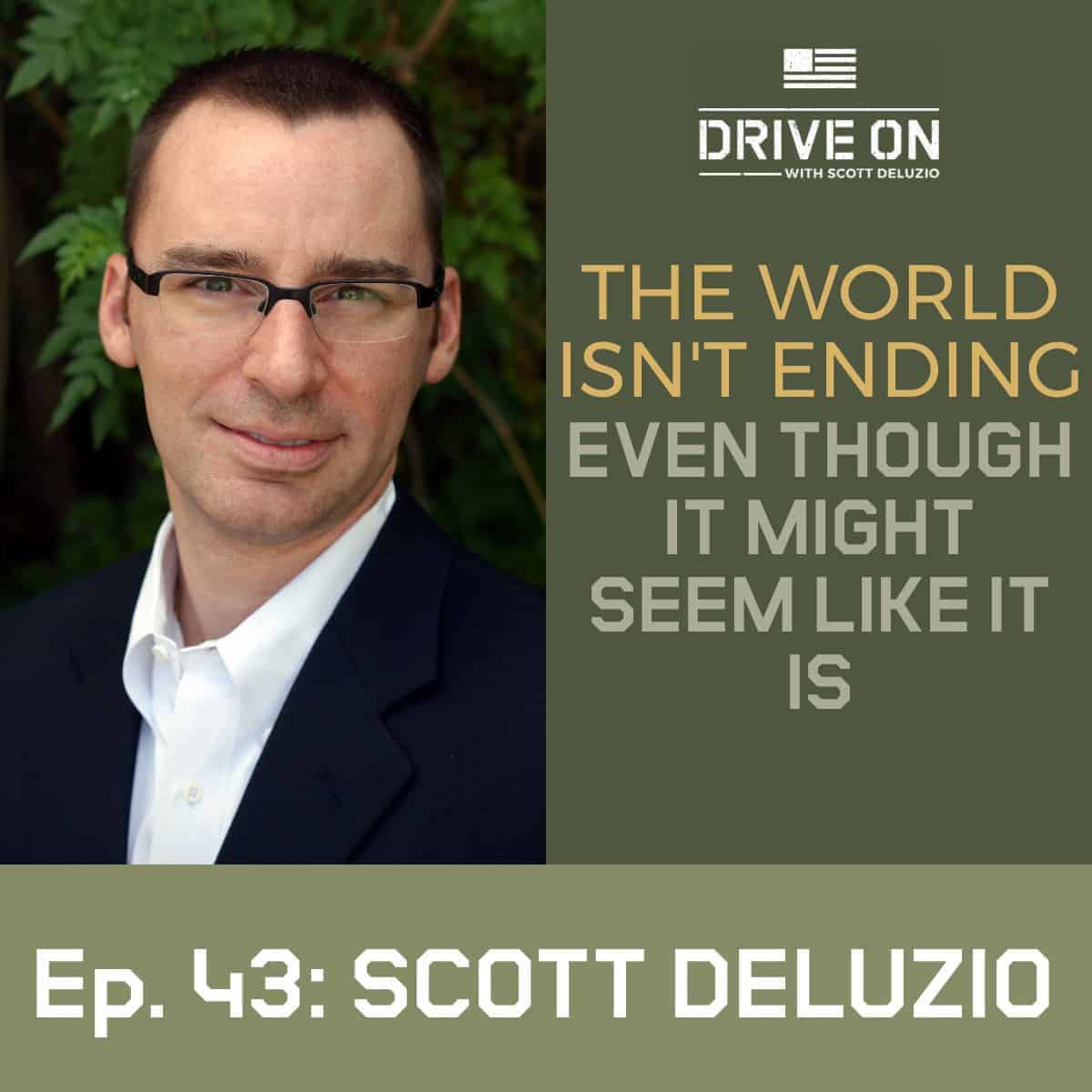 Hey, good news! The world isn't ending from this crazy virus that's spreading around the world, even if it seems like it'll end any day now.

We all need to take a deep breath and reset ourselves for a minute. We'll be OK. We've dealt with worse. Let's not panic.

But still wash your hands.

Alright, can we get a reset on 2020? This whole virus situation has gotten a little out of hand hasn’t it?

I’m recording this a few days prior to when it will come out - it’s Friday March 20th right now, so I’ll make a few predictions about the state of affairs half a week from now.

More states will have placed their entire population on a mandatory lockdown. I think as of right now it’s just California and Illinois that have done so.

Numbers of infections from this virus will have steadily increased, and unfortunately so will deaths.

And my final prediction is that toilet paper will become more valuable than US currency. OK, that last one is a bit tongue in cheek. Hopefully it doesn’t come true.

So, why does it seem like society is collapsing around us?

Is it the media causing us to panic? Are there legitimate concerns that some of us don’t understand or just aren’t taking seriously?

The recommendations to prevent infection include all the stuff we’ve heard over the last few weeks. Wash your hands, don’t touch your face, social distancing, and all that shit.

Now, I’ve seen two responses to these recommendations. One is complete and utter panic. The world is ending, and none of us will make it out alive. The other can be categorized as complete disregard of those recommendations - fuck it I probably won’t get it, or confusion about the recommendations - I don’t get why everyone is flipping out. They compare the coronavirus to some other virus or disease that no one flips out over.

I’m not going to tell you which reaction is right or wrong. I’m not a doctor or infectious disease expert. Do I think washing your hands and staying away from sick people is a good idea? Sure, that all makes sense. It made just as much sense in January as it does now. Do I think the government is overreaching by forcing businesses to close, and mandating citizens to stay in their homes? Absolutely. I still think it’s the right thing for people to do in certain situations like if there are people who are sick in your area, but I don’t think the government should be the ones forcing people to stay in isolation.

Look, if you’re in panic mode none of that probably made you feel comfortable. Hell you’re probably not even listening anymore. For those of you who stuck with me, you should realize that everything is going to be okay. We as a country have been through far worse things than this. Remember just about 19 years ago we lost about 3,000 people in a single day. I’d like to think we bounced back pretty well from that. Sure it was a little scary at the moment. We didn’t know if there would be other attacks, if the wars were going to be long drawn out wars, or quicker more surgical strikes. Like now, there was a lot of uncertainty back then. But look at how our friends, our family, our neighbors, and fellow countrymen and women bounced back. We’re a resilient bunch when we’ve got our backs against the wall.

For everyone in the other camp, who aren’t concerned about getting sick, just know that the symptoms from this sickness from what I understand is a bit more involved than just a bad cold or the flu. If you do get sick and require hospitalization, they won’t be treating the virus - there’s no cure for that. They’ll be putting you on a ventilator to allow you to breathe. When my wife was hospitalized last year, she was intubated on a ventilator and it was not a comfortable thing to have shoved down her throat. She was in a coma throughout the process, but it was miserable for her afterwards. I’m not trying to tell you to panic, but maybe heed the advice of your local officials and stay out of public for a bit.

Look, no matter where you fall on the panic spectrum, we’re going to come through this OK. We’ll probably even be stronger for it. I heard the President talking at a press conference the other day saying that we’ve learned a lot of things from our response to this. That can only make us better off in the future should some other crisis hit.

OK, for anyone who has found themselves working from home for the first time, how’s that going for you? I’ve worked from home for almost 10 years now, so my life hasn’t really been upended all that much.

A few bits of advice for you though. It really helps to keep some sort of consistent schedule. Set your alarm for the same time that you usually would to get up for work. Take a shower, eat breakfast, get dressed in real clothes. They don’t have to be fancy, unless you’re getting on a video call to chat with a colleague or client. Take a break for lunch, and check out at a regular time. Don’t work 16 hours if you normally would only work 8 just because your kitchen table is now your office and it’s right there. It’s so convenient to just jump on and finish that one last thing.

Trust me, you’ll be better off if you shut it all down and pick it back up tomorrow. You normally would get a bit of time commuting to and from work to decompress, but you don’t get that now. Be sure to take some time for yourself to unwind. Maybe take a walk around the block if you can.

If your job allows you to, try to set regular hours. I typically don’t start work until 9 in the morning, and I shut down no later than 5 at night. There may be a one off meeting here or there that has to go outside those hours, but otherwise I work pretty consistent hours.

If your kids are home with you while you’re trying to work, try to come up with an off limits area where you can go and not be disturbed. Of course not everyone’s house is set up perfectly for something like this, but even a corner of your bedroom where you can lock the door can be a good spot.

I’ve been using a pair of noise cancelling headphones, which really help cut out the noise from the kids. I mean if they’re standing right next to you and screaming, they won’t do much, but if they’re playing on the other side of the house or in another room, they do a pretty good job blocking out the noise. It’s even better if you get some music going too because you end up focusing on that instead of the kids doing whatever it is that kids do.

Look, we’re going to be OK. Some of us will get sick, most won’t. Those that do will for the most part be fine.

These times aren’t easy, but if our country is calling for us to literally do nothing, I think we can all rise to the occasion. Generations before us were called to do a lot more, and they prevailed. Let’s not let them down.